20 Great Quotes For The 4th Of July 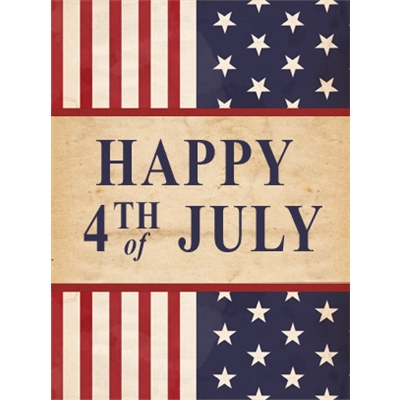 We celebrate the founding of our country on the 4th of July with a weekend filled with picnics, parades, and fireworks. We commemorate when we formally declared our independence from England and set forth in writing our grievances with the King. The vote for independence actually took place on July 2nd and July 4th was the day the document was approved. Almost instantly the day was one of celebration, becoming and official Federal holiday in 1941. For many years, the tradition was to read aloud The Declaration of Independence, as it had been read aloud in 1776 in town squares across the colonies.

It’s a great tradition and one that we might all consider re-adopting. Reading the document, aloud or not, reminds one of the beauty of the language, the amazing words that Thomas Jefferson wove together to inspire the colonists, and scores of freedom seeking individuals through the years since then. Here is, arguably, it’s most famous passage:

We hold these truths to be self-evident, that all men are created equal, that they are endowed by their Creator with certain unalienable Rights, that among these are Life, Liberty and the pursuit of Happiness. – That to secure these rights, Governments are instituted among Men, deriving their just powers from the consent of the governed. – That whenever any Form of Government becomes destructive of these ends, it is the Right of the People to alter or to abolish it, and to institute new Government, laying its foundation on such principles and organizing its powers in such form, as to them shall seem most likely to effect their Safety and Happiness.

Reading the Declaration reminds one of the beauty of language. It’s an inspiring piece of work and a testament to the power of the written word. Again and again, we try to express our ideals, our loftiest goals, the answers to our most important questions, in writing. It is in our DNA to communicate with one another. The Declaration of Independence is a beautiful reminder of this kind of achievement at its best. Many others have written about the democracy, liberty and freedom – the founding principles of our nation. I hope you enjoy their thoughts!  Please share your favorite quotes with us below.